Since last year, I have been wearing a Miraculous Medal and rosary scapular – Catholic devotional items – around my neck. One day, a friend asked me why I wore those, and I thought I would share my story here. I definitely am not wearing them as a fashion statement or as a way of showing off my religion. This isn’t a preachy or overly religious story, so I suppose that even if you’re of a different religion, atheist, or agnostic, maybe you might find this story worth reading anyway.

In mid-2013, I was feeling extremely down, at what I think was one of the lowest – if not the lowest – points in my life. A lot of personal problems piled up at the same time – to name one of them, I was accepted into the University of Tokyo, but was rejected for some scholarships I’d applied for, making me worry about my finances and, consequently, whether or not I could go. That aside, my family was also apprehensive about the idea of me moving to Tokyo. At that time, I was a nonpracticing Catholic: I was baptized Catholic and had gone to Catholic schools all my life, but I didn’t attend Mass, and I seldom prayed. (There was also a time when I was agnostic, but in 2013, I think “nonpracticing Catholic” would have been a better way to describe myself.)

Then, someone suggested something along these lines, “I hope you won’t be offended, but if you’re feeling really down, why don’t you try praying again? Maybe it might help you by giving you hope and the feeling that someone out there is listening.” Because everything else – talking to friends and authority figures, and finding my own ways to solve my problems – wasn’t working, I decided that I had nothing to lose, so I might as well give it a try. Someone also suggested novenas, or 9 consecutive days of prayer, to get me through the problems, and to hopefully have my wishes granted. I was a bit hesitant to treat God like a genie, but another friend said, “Who knows; maybe God would instead think, ‘My child, why didn’t you come to me sooner?'” So I started various novenas, hoping that the saints would intercede for me. The Miraculous Medal was something I got as a reminder that I am not alone. 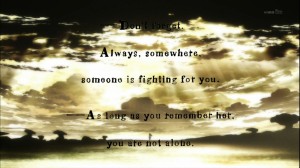 The rosary scapular has a more interesting story, though. One day, my co-worker and I had some time off, so we went to Tagaytay. We had a delicious lunch at Talita Kumi, a retreat house (for non-Philippine readers: a retreat house is a venue where groups of people can gather for spiritual retreats) that also had a humble but delicious Italian restaurant (since the priest that runs the place is Italian), a chapel, and an organic farm. There happened to be some visiting priests, who asked if my co-worker and I wanted to have some rosary scapulars. My co-worker wasn’t very religious, either, but we thought, “Sure; why not?” So they gave us the rosary scapulars, and blessed us, saying, “May the Lord bless you, and keep you,” or something along those lines. The priests were very kind, and chatted with us briefly before parting ways. 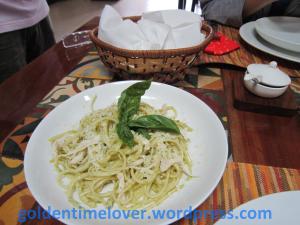 Since then, a lot of blessings happened, many of which, for me, were nothing short of miraculous. My family stopped being apprehensive, I got a scholarship, the personal problems were mostly resolved, and I haven’t had to worry so much about finances anymore, as opportunities such as part-time jobs have been coming my way. Maybe for an atheist or agnostic, these are just coincidences, or the result of my efforts, but I still do think that miracles did happen to me, and that’s how I returned to the faith. 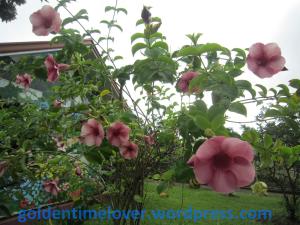 Until now, I can’t really say that I’m all that religious – for one, I still do not go to Mass very often, and I sometimes hesitate to talk about religion because I feel like, what with my issues, I’m very far from being a good Catholic (just to clarify: I don’t think that being Catholic gives me moral superiority over others; I myself have my own demons, too) – but prayer and contemplation have been more important to me nowadays, and I’ve also been more appreciative of the little blessings and simple pleasures that come my way,. I can still be a huge worrywart, but a quote from St. Pio of Pietrelcina, “Pray, hope, and don’t worry,” gives me huge comfort. And then there are certain saints who exude a very soothing aura for me, namely, St. Pio, St. Anthony of Padua and St. Philomena.

And as for the rosary scapular? I wear it not only as a reminder of how divine intervention got me through a really difficult time, but also as a reminder of how strangers can be kind people, too. As a child, the concept of stranger danger was instilled in me, and until now, it is common sense for children not to talk to strangers. I don’t dispute that people – especially the more vulnerable and impressionable – should be advised to take caution against easily trusting strangers, but I also believe that some encounters with strangers can be beautiful and heartwarming, just like what happened to my friend. Traveling alone, I, too, have had my share of strangers being kind to me and animatedly exchanging interesting chit-chat.

So why did I blog this? Not only did I feel that I owed it to God and my patron saints that I share my story, but also, I’m in Copenhagen right now for a month-long exchange program. Before meeting my classmates, yesterday and the day before (during my stopover in Doha, Qatar), I was alone, nervous, and just as scared as I was excited to be in new territory. I like being alone, and exploring Japan alone has been a lot of fun, but I’d never set foot in Qatar or Copenhagen before, both of which are quite far from Manila, so of course I was anxious. But yesterday, I had kind strangers help me out and met my classmates. A stranger even took the time to guide us all to our dorm, and invited us to party with him sometime (too bad I don’t really like parties). It just reminded me of how I got the rosary scapular – for me, it’s not only a religious symbol but also a testament to how there is goodness in the universe. And I suppose that, in that sense, it’s a symbol of how the Lord has blessed and kept me.

I don’t have many pictures of Copenhagen yet, but here’s the area near my dorm.

One thought on “Why I Wear A Rosary Scapular”